On the evening of June 1, the Russians once again shelled the Lviv Oblast. The missile strike damaged a bridge and a tunnel in the mountainous part of the region. Journalists spoke with eyewitnesses about the events of that day, as well as with an expert, to understand why it is not the first time that railroad facilities in the Lviv Oblast have been targeted by the enemy.

The village of Mezhybrody is almost a hundred kilometers from Lviv. Mezhybrody is small, with just over 200 inhabitants. There is an automobile road and a railroad track near the village, all surrounded by mountains and the river. This idyllic life has lasted here for more than four hundred years, but on the first day of this summer, it was shattered by Russian missile attacks.

“During the night, missiles hit the railway infrastructure in the Stryi and Sambir raions. Four enemy cruise missiles hit their targets. They were launched from the Black Sea. Railroad facilities were significantly damaged. Many trains were delayed. The head of the Lviv Oblast Military Administration Maksym Kozytskyi said.

These facilities were the tunnel and the bridge. The very next day we see that they are now under the watchful eye of the military. On the road nearby there are trucks with gravel, a grader, and railroad workers restoring the connection. It is impossible to get into the village, at the entrance to Mezhybrody, there is also the military. Therefore, to talk to eyewitnesses, we go to the neighboring village of Verhnie Syniovydne.

At the local outpatient clinic, we talk to the doctors. One of the family doctors shows us a video from a home surveillance camera. It clearly shows the missiles fly and hit: “The sound is whistling, as you can see. 9:30 p.m. You can see it flying. The second one. The third one is the strongest. It was a terrible blast wave, it blasted the windows open.”

“I was ironing clothes for work and I hear these really loud pops. The front door opened and closed three times. I looked out the window and saw the glow. The kids started screaming, “Mom, get in the basement now.” We waited it out, went outside, and saw gray smoke, like after an explosion. We have a bridge there, a tunnel, and they were the missiles’ targets. Two hit the tunnel at the exit and in the middle. One hit the bridge. Before that, a freight train went through there,” the paramedic adds. Svitlana Kohut’s house is located 100 meters from the target of the enemy attack. The woman was outside in the evening: “I washed my clothes, took them out into the yard. I hold one item in my hand, pins in my mouth, and I’m hanging the other. I have a cat. He started running underfoot. I told it, “Calm down.” And he did it again. Must have felt something. And then one impacted, I heard a whistle, the sound of a missile going off, flames erupted everywhere. The high-voltage lines on the poles started crackling. I throw the clothes to the ground. There’s a second impact and a third. I don’t know how, but a second later I ran into the room, falling to the floor. I don’t know how I stayed alive, how my legs weren’t torn off.”

The woman was lucky, but the explosions damaged her and her neighbors’ property.

“Half of the front door was completely torn off, all the windows were shattered, and the wood paneling in the hallway was blasted away. We have three houses here in a row, all three of them had their roofs blown up. Even the clothes I washed had stains on them; fragments were flying through the air,” Svitlana Kohut adds.

According to the head of the Lviv Oblast Military Administration Maksym Kozytskyi, five people were wounded as a result of the missile strike. One was lightly wounded and four were hospitalized in a moderately severe condition. Local medical workers added that all the victims were men. They were stunned and concussed.

This is not the first time the Russians have attacked railway facilities, including in the Lviv Oblast:

Why are the invaders aiming at the railroad?

“The Russians simply understand that they are running out of quality strategic missiles, and basically they can no longer hit military infrastructure. They aim to make as many hits against those railways and communications that could theoretically transport weapons and the large amounts of technical and material aid from our allies as possible. It’s no secret that the Lviv Oblast is a big strategic hub, both in terms of railroads and in terms of automobile roads. And some of this aid may move through our region. These strikes can be called a hunt for the convoys, which deliver all the necessary resources to Ukraine in the fight against our enemy,” says military expert Petro Chernyk.

“Tell me what else to look into”

At the end of May, Lviv Oblast law enforcers detained a member of an agent network. According to the Lviv Oblast Prosecutor’s Office, he was a local resident who collected and transmitted information about the location of units of the Armed Forces of Ukraine, the National Guard, and the locations of checkpoints of the Territorial Defense Forces. He sent all the collected data to his curator via a secret Telegram chat. The man also worked as a spotter for missile attacks in the region, including the strike on the tire shop.

“Tell me what else to look into. If necessary, I can go and take pictures in the morning” – with these words, according to the Security Service, the detainee ended his correspondence with his curators and demonstrated that he was ready to work for the enemy. The man is a suspect in a high treason case. The court put him in a pre-trial detention center without bail.

“This article was produced by Bihus.Info as part of the program “Supporting Ukraine’s Regional Media in Times of War” with the financial support of the European Union and the Foreign Ministry of the Kingdom of Norway. The content is the sole responsibility of Bihus.Info and does not reflect the views of the European Union, the Norwegian Ministry of Foreign Affairs, or the Institute for War and Peace Reporting. 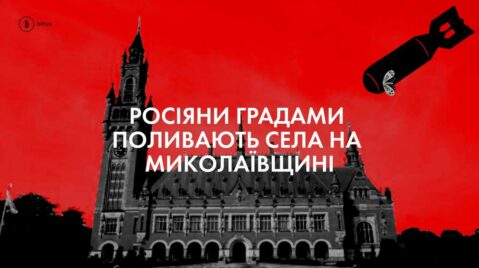 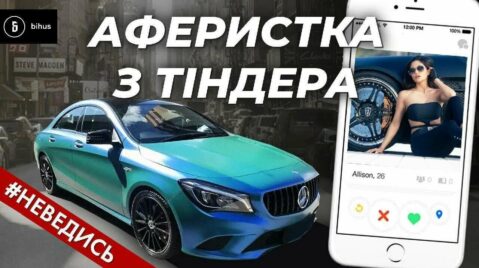