Vysokopillya in the Kherson Region: Occupation, Constant Shelling, and Abduction of Civilians “We got out of hell!” say the Ukrainians who managed to leave Vysokopillya in the Kherson region. For two months, they lived in constant fear for their lives and that of their loved ones.

At the beginning of Russia’s full-scale invasion of Ukraine, Anastasiya and her family fled the occupied Kherson, hoping to be saved from the horrors of war in a remote village.

“We went to Ivanivka, it’s a village in the Vysokopillya District, my grandmother lives there. We thought the Russians wouldn’t be there as they were trying to take over Kherson,” says the woman.

In mid-March, a convoy of Russian military vehicles entered the village where the woman and her family wanted to hide from the war. Then the battle, which was going on near the village, spread to the village itself, with the inhabitants hiding in cellars and basements.

“The Russians drove out everyone who wanted to hide to their courtyards, if people didn’t want to come out of their hiding places, the soldiers threw grenades. Of course, no one provided medical assistance,” Anastasiya recalls.

After the residents gathered in the yard, they were counted, and the Russians wrote the number of a house’s residents on the fence: men, women, and children separately.

“My husband was taken away because he was wearing warm ski pants, they are not military, but camouflage. They kept him for about two hours and let him go,” the woman says.

Even after the invaders’ vehicles were destroyed by the Ukrainian Armed Forces, the Russian soldiers remained. Since then, they started pillaging: they looted stores, got drunk, and took away people’s phones and cars. They went into houses that people had left and smashed everything they saw.

“There was a nice house across the street from us. So they went in there, tore up the couches, mattresses, broke wardrobes, smashed appliances. But they used it as a vacation home, they used the sauna, bathed, ate, and drank,” Anastasiya says.

In general, as the woman recalls, the Russians were almost constantly tipsy.

“We – myself, my husband’s sister, and her 14-year-old daughter – did not leave the yard because we were afraid. We heard that in the neighboring village, they were going around the houses and looking for young girls. They were not interested in 40-year-old women. We were always hiding,” the woman recalls. Almost all the time during the occupation people lived without light, gas, and water. But, as Anastasiya says, you can get used to it:

“We went to bed at 7-8 p.m., when it got dark. We cooked food on an old wood stove, and my husband and his neighbor carried water from the spring, we filled our barrel  once a week. We got used to it.”

The hardest thing was the lack of communication, we did not know what was happening in Ukraine and, worse, we had no way to inform our relatives that we were alive. That is why, at the risk of death, we went out to the hillside, stretched our arms upward, and that is how we caught the signal:

“They put snipers and prohibited making calls, under the threat of death. But people came out anyway because they needed to calm their relatives.”

Every night when they went to bed, the locals did not know whether or not they would wake up in the morning and be dragged out of bed by drunken Russians or raped. That’s how it went for two months.

“My 6-year-old son had been drawing a lot lately in the village, and all his drawings were about the war. Although we tried not to say anything of the kind in front of him, he heard the explosions himself, and saw them driving around the village drunk and shouting. We tried not to show that we were afraid, but he felt everything himself,” Anastasiya says.

In the vegetable garden of one of the houses, people found the body of a young guy who had been shot. Why he was killed is unknown.

It was becoming increasingly difficult to continue living in such conditions. So Anastasiya’s family decided to leave. But not everyone left, Anastasiya’s grandparents and her husband Valentyn stayed.

“He [Anastasiya’s husband] decided that he was more needed there. That he would help those who stay, who are weaker,” says the woman.

The Russian military didn’t promise a “green corridor”, and they didn’t permit travelling by car at that time. So the women with three children had to evacuate on foot.

“We walked to the neighboring village through the fields, it was still raining and the ground was wet. It was really hard to leave, and we had to walk 8-10 kilometers. The bridges had been blown up, so we had to cross the river via a gas pipe,” the woman recalls her way to safety. An friend with a car was waiting for them in the village and drove them to safety. Other people got into a tractor trailer, or, if there were not enough place, they continued on foot.

Anastasiya’s first words when they found themselves in safety were, “We got out of hell!”

Two weeks after Anastasiya and her family escaped the occupation, her husband Valentyn was detained and taken to an unknown location:

“We involved a lot of people in the search for Valentyn, went to the commandant’s office in Kherson, Kakhovka, Nova Kakhovka, made a thousand calls and messages, but there was no result”.

The man’s relatives also appealed to the Verkhovna Rada Commissioner for Human Rights, who was Lyudmyla Denisova at the time. But Valentyn was not on the “official” list of prisoners.

More than a month had passed since Valentyn disappeared.

In the meantime, the occupation of the community and the daily shelling continues. Those who remain are trying to survive. The Russian military does not let the locals leave, probably to have a human shield.

“In our village, they try living in every other house. When there were explosions from our side, they were hiding, and then they said that Ukrainians were shelling us. But people told them that while they were gone, no one was shooting at the village,” Milana recalls.

The girl’s story is similar to Anastasiya’s: she and her family spent more than a month under occupation, and by some miracle, under fire, their large family managed to leave the village. They were the second last to manage to leave by car.

“They killed people, killed my classmate’s father and brother, who didn’t want to give up their house. They took him [the classmate] prisoner. They beat and tortured him, but they didn’t explain the reason for his detention. They kept him for two days, then they let him go,” the girl says.

Already during the occupation, according to Milana, people found a pit with about 25 corpses of local men behind the village’s House of Culture.

“It’s scary what they do, they have no principles or morals,” says the girl.

However, once out of this hell, people still aren’t at peace. You are safe, but you don’t have a home:

“Now we’ve been given a house, but for how long? We have a family of 12 people, there are old and young ones. Where are we going next? We don’t know.”

This article was produced by Bihus.Info as part of the program “”Supporting Ukraine’s Regional Media in Times of War”” with the financial support of the European Union and the Foreign Ministry of the Kingdom of Norway. The content is the sole responsibility of Bihus.Info and does not reflect the views of the European Union, the Norwegian Ministry of Foreign Affairs, or the Institute for War and Peace Reporting.

“The Body Seemed to Be Burning to the Bone”: Destruction of Mykolaiv Oblast

"I was burning like a candle," Olena Berezhna recounts her mother-in-law's words. On the night of May 15, her husband's parents, who farm in the village of Vesele, Mykolaiv Oblast, survived shelling by the Russian military. The couple suffered significant burns and other injuries, and their house was completely destroyed. 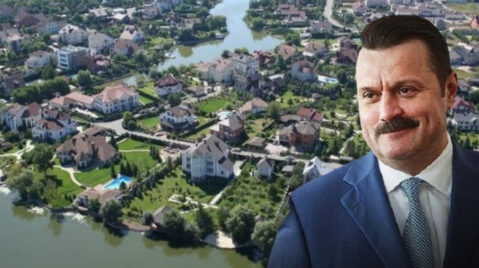 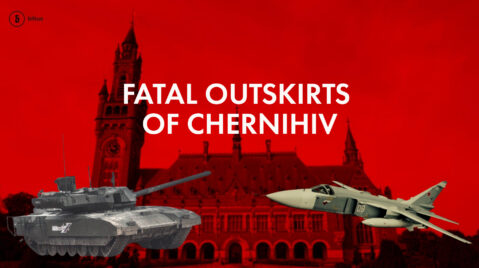 “We Still Don’t Know Exactly How Many of Our People Were Killed”: Russians Airstriked Villages in the Chernihiv Region and Opened Fire from Tanks 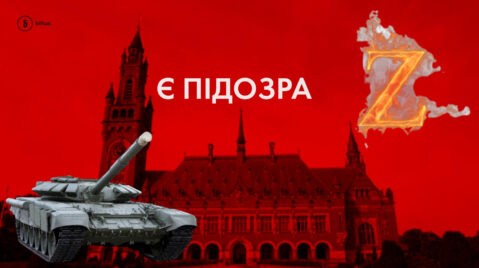