“Soldiers Took Him Away and Dumped Him at the Cemetery”: Story of a Woman Who Lost Her Husband and Home to Occupation 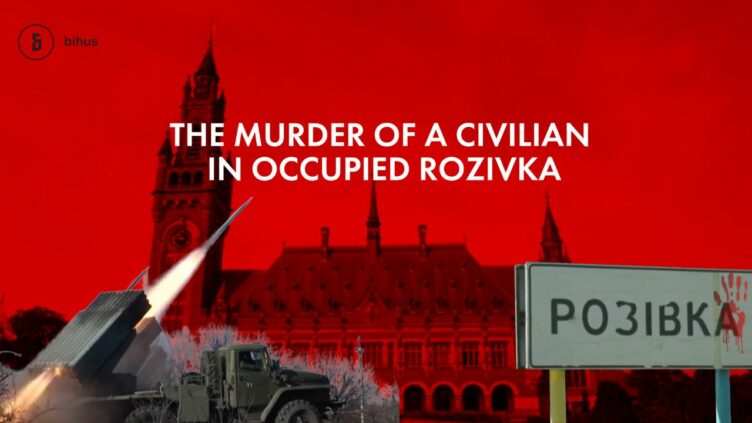 “It was very scary. [Rockets] were flying everywhere. I was sitting at home and the house was shaking… My husband said: “I won’t be long,” and left. In the morning he was found dead”.

For a while, Viktoriya Khassai did not believe that this was really happening and thought it was a mistake until the very end. But the very next day she had to bury her husband’s body in a makeshift coffin under Grad shelling, and then, to abandon her home fleeing from the occupation.

Viktoriya and Mykhailo lived in Rozivka, Zaporizhia Region. Before the full-scale invasion, the spouses developed their own transportation business, and spent their free time with their children and granddaughter. In March, their happy life ended abruptly. Rozivka, like most of the Zaporizhia Region, found itself under temporary Russian occupation.

On March 2, the invaders, according to the Zaporizhia Military District, blew up an ammunition depot in Rozivka, injuring three.

“It all started in the afternoon, there was shelling. Grads were firing at Rozivka. It was very scary, [rockets] were flying everywhere. Half of the neighbors’ house was torn off. The roofs were smashed. Near my street, the houses were wrecked, there were craters in people’s gardens. I heard everything. I was sitting at home and the house was literally jumping. Then the shelling ended, all the frightened people went outside. The invaders captured Rozivka. It was March 3.” the woman recalled.

Locals say that the invaders entered boldly and confidently. Viktoriya Khassai added that from the first days, they started doing terrible things. For example, in the local hospital, the invaders shot Ukrainian soldiers who were brought here from the Donetsk Region:

“At the community hospital there was a field hospital until the 3rd, there were soldiers from Volnovakha there. Those who remained there at the time of the capture of Rozivka were all shot. They just killed the soldiers who were in the hospital.”

She realized she needed to leave the occupation. She had to leave her home and business in Rozivka, taking only one bag with her, in which she kept her deceased husband’s belongings as a memento. In her memory, she vividly recalls the day she saw him for the last time.

Mykhailo left the house at lunchtime. He was worried about the dogs, which he had not fed for a long time, but promised to return as soon as possible.

“Mykhailo left the house to feed the dogs and said: “I’ll feed the dogs, I won’t be long.” the woman recalls.

But he never returned home:

“I did not know where he was, I thought maybe he went somewhere by bus, took someone. He was gone all night, and in the morning I found out that he was found on the threshold of our garage. He was killed”. The garages that housed the company buses were located on the other side of the village. Having learned about what happened, Viktoriya asked her friends to take her there, but they refused, telling her to stay at home. Finally, the woman managed to get to the garages with her son-in-law:

“We arrived at the checkpoint, and asked to go to the garages. I could not believe that my husband was not alive, that he was killed. [The soldiers at the checkpoint] let us through. Then, on March 4, I saw those who captured us for the first time. Mostly, they were “DNR” members. I did not remember their faces, but I took a good look at their uniforms”.

The next thing Viktoriya saw was an ambulance at the intersection and the body of her husband.

“We got to the garage, and I saw that my Misha was lying dead. The ambulance left, they did not want to take the body. And here I was, my Khassai dead on the ground.” the woman recalled.

Mykhailo suffered a gunshot wound to the body and a bruise on his head. There was no doubt that her husband had been killed. But Viktoriya was forced to confront those who likely committed the crime as she had to negotiate with the invaders at the checkpoint to take and bury the body.

“The soldiers took him away and dumped him at the cemetery. I did not know what to do next, but the drivers who used to work for us arrived. They started digging a hole, at which point the shelling resumed. We were standing in the cemetery under the Grads, and when it was over, we got to digging again. There was nowhere to get a coffin, the guys nailed together some wooden pallets, laid my Misha on them, covered him with a blanket and that’s how we buried him.” the woman recalled. “I blamed myself for a long time for not being able to take him home, to find a coffin. But I also saw bodies just lying there. Then I decided that I would rather be buried like that than in a mass grave.”

65-year-old Mykhailo Khassai wasn’t military, he did not even own a weapon. Viktoriya says that her husband loved his family and their home. The woman managed to leave the settlement and is now outside Ukraine. Her son, daughter-in-law, and grandson are also in safety and are expecting another child. They decided to name their future child Mykhailo.

“For the first time I am not crying from grief,” said Viktoriya.

“Their Faces Were Mutilated as if They Were Chopped”: Russians Tortured and Killed Two Civilians in Mykolaiv Region

Serhiy Kuchereshko would have turned 46 on June 23. The man lived in Novofontanka, a tiny village between Mykolaiv and Bashtanka, which, like many other settlements of the Mykolaiv Region, was occupied by Russians in early March. They did not hold there for even a few weeks, but this time was enough to turn the life of the village into hell on earth. Kuchereshko lived alone, in 2014 he served in the ATO, and after that, he worked on his farm cultivating the land and caring for bees. On March 8, the invaders killed him. 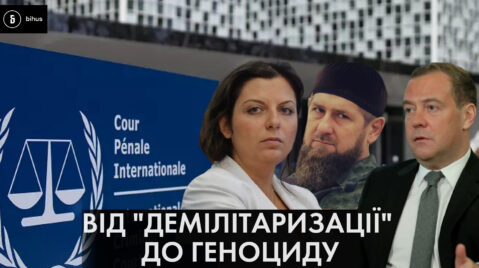