«The White Collar Hundred» («Kantseliarska sotnia»), is the informational projects development initiative, engaging thousands of volunteers in the Internet.

In February 2014, after Yanukovych had fled, there were piles of documents found in Mezhyhirya. Part of them was safe, part was drowned or burnt, some were destroyed by shredder. The work to restore drowned papers came to be the YanukovychLeaks project. However, after the documents were restored, which were thrown into the Kyiv Sea, the time came for the shredded papers. The journalist Denys Bihus is the initiator and coordinator of this work. The initial idea was to stick fragments of documents to colored paper and scan them. In this case the information would not be restored, but it wouldn’t be lost either in case of Yanukovych’s return (well, in March of 2003 we thought that everything could be back again as it was before).

To scan 5 trash bags of shredded papers we needed 5 weeks, dozens of people volunteered. But on the fourth day of restoration of these documents the journalist Sevhil Musayeva found the other fifty bags with destroyed documents of Serhiy Kucherenko’s office of EEFEC. These documents also ended up in the project, which at that time was already named the White Collar Hundred.

From the moment those fragments were received, the main task of the project was to collect, restore, and analyze the documents. The completed documents were published on the YanukovychLeaks website. Thousands of volunteers joined it, who were putting the documents together manually. The FBI experts trained us in order to level up the quality of our putting together and analyzing documents.

In July 2014 Dmytro Chaplynskyy joined the White Collar Hundred. He offered to create the system, which was half automatic, half manual, that processed shredded documents fragments. To engage thousands instead of hundreds of volunteers, it would be helpful to create the Internet service. Though it was not possible to finish the «Unshred.it” project due to the lack of resources, its ideas were implemented in the White Collar Hundred projects, such as Declarations and GarnaKhata.

Besides, the White Collar Hundred carries out the educational work, disclosing the government information, lobbies the widest possible publication of state registers, and concentrates the citizens’ efforts on the state data analyzing.

In 2015 the initiative developed into the officially registered public organization.

For today the White Collar Hundred combines the range of projects: 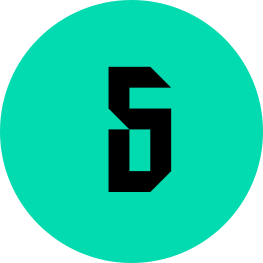