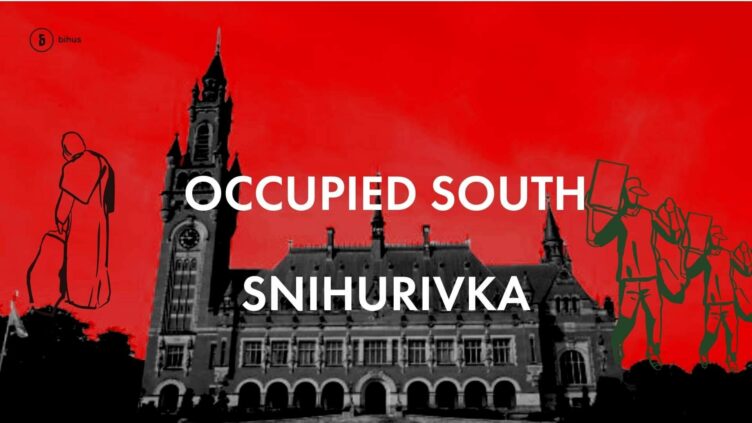 Volunteers’ car slowly circles around Snihurivka. On the hills along the road, you can see the silhouettes of people with their hands in the air, that’s how the locals try to at least briefly catch some cell phone signal. Some of the brave ones climb even higher, up into the trees and on poles. This is one of the most recent videos of volunteer trips here. They were bringing humanitarian aid while it was possible, but now the invaders “rule” here, as well as about 15% of the territory of the Mykolaiv Region.

Life in the beautiful town on the border with Kherson Oblast has turned into survival without ordinary water, electricity, or gas supplies. But with Russian propaganda reports about “lots of assistance” and infrastructure destroyed by the same invaders.

Talking about life under occupation is very difficult, but necessary. We spoke with a woman from Snihurivka who lived under occupation for a month and collected stories of destruction, looting, and betrayal. However, it was also about the humanity that locals, who for various reasons cannot leave for Ukraine-controlled territory, retained against all odds. Chronology of the Occupation

Before the full-scale Russian invasion, more than 12 thousand people lived in Snihurivka, mostly engaged in agriculture, growing crops and vegetables. There was also a large tomato plant that operated here since 2018, in which the private sector invested a billion hryvnias, and which President Petro Poroshenko even visited its opening. The enterprise now stands in ruins, as does much of Snihurivka. More than half of the locals have left the town. This is what liberation a la Russe looks like. The first shelling of the settlement occurred on February 25. According to the Snihurivka Amalgamated Community, enemy helicopters shelled the positions of Ukrainian defenders, four of whom were wounded. At the time, half of the city was left without power, and locals formed lines of those wishing to sign up for the Territorial Defense and donate blood, basic necessities, and food.

However, the invaders moved south very quickly. When the Russians seized Kherson, they jammed some of the mobile networks in Snihurivka but started broadcasting Russian channels. Using social media, the Ukrainian authorities tried to report on air raids, the movement of enemy vehicles, and the distribution of humanitarian aid.

On March 14, Russian aircraft attacked the city. According to the regional department of the State Emergency Service, 30 houses were damaged and 11 were completely destroyed. The local authorities reported two people dead, and ten wounded (three civilians and seven servicemen).

On the morning of March 19, the invaders shelled Snihurivka using Grad multiple rocket launchers, and then entered the city. The occupation had begun.

Residential areas in the settlement were bombed, and three educational institutions and factories were damaged. Today, the consequences of shelling can be seen in propaganda videos. The Russians film the results of their own shelling, blaming the Ukrainian armed forces.

“A Family Nest.” This is what Rayisa Obukhovska calls her home in Snihurivka. She lived here all her life with her husband Vasyl, as did her parents. During World War II, Obukhovska’s mother survived the Nazi occupation of Snihurivka. She miraculously managed to avoid being deported to Germany.

“I never thought I would have to live under occupation, as my mother did. But my parents were young then. And we had this for our old age. We were living so well here, we have gained so much, and they came to “liberate” us. People said to their faces, “What are you liberating us from? Food, water, peace?” They didn’t know why they came,” the woman recalled. The old spouses survived a month under occupation. They lived at their house with their relative, whose house was shelled during the first days of the full-scale invasion. Because of constant shelling, the town no longer had electricity or water, and there was no supply of gas cylinders.

“People cooked food on campfires. There were times when they drank rainwater. We have a spring, so we used to go there to collect water. But then they stopped letting us go there, too,” the woman said.

When the food crisis began, the invaders began looting local warehouses and stores.

“They were breaking into all the stores and pharmacies. There was a makeshift bunker at one school, people with small children went there. And the Russians took everything out of the stores and provided them with supposed assistance. We didn’t take anything, but there were people who did,” Rayisa recalled.

For some time, humanitarian aid was delivered to the city from the territory controlled by Ukraine. According to Rayisa Obukhovska, volunteers would come to the line of contact and give a parcel to its intended recipient. On the way back, people were checked by Russians in Snihurivka.

Mykolaiv volunteers, who kept in touch with the residents of Snihurivka, say that it took several days for messages from the locals to reach them due to the almost total lack of signal. Under these conditions, the locals had to support each other even more. For example, for the past few months, the family of farmers Serheiuks – Oleh and his father Ivan – have been helping the residents of Snihurivka and other nearby villages, which are also under occupation, with vegetables and their stockpiles.

The town, however, was slowly dying.

“There were fatalities. An old man and woman were killed; a shell fell near their house. They were just sitting in the kitchen, eating lunch. As it went on, it got worse. They wouldn’t let people be buried, because they pitched camp near the town’s cemetery. One man died in the village, they wrapped him in a rug and buried him in the old cemetery. There were also cases where people were buried in the vegetable garden. One patient was being taken from Snihurivka hospital to Mykolaiv, but they wouldn’t let him through. That’s how he died,” said Rayisa.

Representatives of the local authorities had left earlier. Obukhovska, however, claims that “those who were rushing to power and sharing bread with the enemy became in charge”. She highlighted Tetiana Mezina, deputy head of the Bashtanka district council, who decided to collaborate with the invaders.

Mezina started her political career in 2010, having been elected to the local council from the Party of Regions. In 2015 she was re-elected already from the Petro Poroshenko Bloc, and in 2020, as a member of the European Solidarity. For some time, she even headed the Snihurivka District Council before it was disbanded as part of the decentralization reform. In May, a message appeared on Mezina’s Facebook page claiming that she was engaged in helping people in the city and organizing the work of public utilities. The woman denied that she was a collaborator. However, the Main Intelligence Directorate of the Ministry of Defense reported back in April that Tetiana Mezina along with former Snihurivka mayor Oleksandr Larchenko were involved in the preparation of a “referendum”, which was allegedly supposed to simulate the election of a mayor and vote for accession to Crimea. The aftermath of the shelling. Screenshots from propaganda videos

On May 9, the invaders held a celebration in the ravaged Snihurivka. They decided to celebrate Victory Day.

“They gathered people outside the administration. A man who was head of the police back in Soviet times was handing out rations and 5,000 Russian rubles, allegedly for the children of war. But the “children of war” were mostly his friends from his time in the police,” Rayisa said.

During the initial days, the invaders were searching the homes of people who had served in the AFU or were part of the Territorial Defense Forces, and many people had their cars taken away. They were then marked with the letter Z.

“They went door-to-door, looking for something. They said “we know who we’re looking for”. Houses were looted,” the woman recalled.

When the visits of the invaders, accompanied by the theft of vehicles, became commonplace, the couple decided to leave.

“We saw their “rule” when they came to our neighbor’s house. He had small children, and he turned on a tablet with cartoons to distract them from the shooting. There was no electricity anymore, so he charged it from his car. The other day, the Russians came to him with rifles in hand. I went outside, I saw that he opened the gate and they were getting his car out. And he was using it as a taxi, trying to earn money somehow. I turned to them and said, “What are you guys doing? There are kids there, it’s his bread and he uses it to charge their tablet!” They started saying that they would bring it back in two days. But we already knew that many cars were taken from the locals had Zs painted on them”, said Rayisa.

There was nothing but fear in the woman’s mind at that time.

“We couldn’t sleep, every rustle made us drop to the ground, it was psychologically hard. And it was scary that we could see them, but we couldn’t do anything about it. These squint-eyed Buryats rode around in tanks with such facial expressions. When they started climbing through the yards and taking the cars, we decided to leave,” said Obukhovska.

The Obukhovskis spent exactly a month under occupation. On April 18, they, like many locals, left Snihurivka, and the very next day, the invaders restricted all transit. Now, people are not allowed to leave and humanitarian aid from Ukraine-controlled territory is not allowed to pass through. 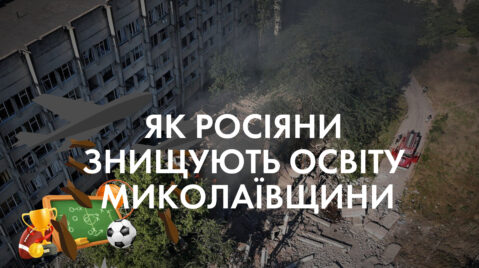 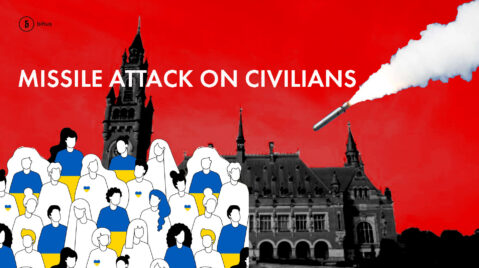