Kherson region residents are being held hostage by the Russians Russian forces have blocked all attempts by the Ukrainian authorities to evacuate people from Kherson and the surrounding area since the beginning of the full-scale invasion of Ukraine. Over the course of the entire period – six months – the Russian military did not open а single humanitarian corridor into Ukrainian-controlled territory.

The Russians are Criminals

In accordance with international law, the occupier of a part of the territory is responsible for the civilian population there.

“Refusing to provide civilians in occupied territories with adequate security, including preventing them from leaving for Ukrainian-controlled territory, is an international war crime in and of itself,” explained lawyer Kostiantyn Kaposhylin.

40 Roadblocks of the Invaders

Maryna and her family, including her husband, two young children, and her parents, lived under occupation for two months. They were afraid to leave because of the lack of corridors, because of the danger, and the fear for their loved ones.

The woman has relatives left behind under occupation. She is concerned about them because the Russians have become very violent. So we changed her name and did not name the settlement from which her family fled. “I can’t advise anyone to leave. Nor can I advise anyone to stay. Both are dangerous. We managed to cover the distance from our home to the free territory in a little less than a day. And in peacetime it would have taken us three hours,” said the woman.

They were prepared for their trip to take even several days. Moreover, they did not know the road very well.

“We thought there would be an evacuation convoy in Snihurivka, but because of all the inspections, we didn’t make it in time. When we got there, they had already left. So we studied the road by heart so that we wouldn’t have any drawings or photos,” Maryna recalled.

At each checkpoint they were thoroughly checked to make sure there was nothing related to Ukraine on their phones, men were checked for tattoos, children’s documents were checked too.

“They checked our documents very diligently to make sure that we didn’t take other people’s children with us. I wanted to take my nephew, but I was afraid: what if they took him away (there had been cases) and where would I look for him later,” said the woman. According to Maryna, the children were silent the whole way, because the Russians got very irritated when they heard kids talking in Ukrainian.

“Can you imagine, the little one, she is 3 years old, held her mouth shut with her hand almost the whole way, so that she wouldn’t talk. She was very afraid that the bad guys would hear her talking. And the older one, he’s 12, was just shaking at every checkpoint,” Maryna said, wiping away her tears.

To make the checks quicker, they were told to take a sort of tribute – cigarettes and jam.

“We took only the necessary things with us, necessities and medicines, and we put jam and cigarettes out so that they could see them. They would start checking, rummaging through our things, and if they saw cigarettes and jam, they would say, “Hand that over.” We gave it away and they let us through,” the woman said.

They did not drive along the highway but through the fields. When they arrived at a settlement, they would look at the map, memorize it, and immediately delete it. But they didn’t always succeed in finding the road:

“Going and going, just fields all around us. No towns, no oncoming traffic to ask if we are driving the right way.”

However, after a while, they met a truck driver who was evacuating people from the occupied territory, and he told them where to go. Already at night, they finally reached a Ukrainian checkpoint.

Liudmyla Barladian from Kiliia in the Odesa Region waited 77 days for her daughter to escape from the occupied Kherson Region. Tetiana Barladian is a member of the rowing team from the Kyiv Sports Lyceum. Qualifying rowing competitions were to be held in Oleshky, Kherson Oblast, at the end of February. A week before the start of the competition, on February 20, the team stopped at Hola Prystan.

“They often did that, they would arrive at the place of the competition in advance because they needed to unpack and assemble the boats and get out on the water for training,” Liudmyla said.

But this year the competition was canceled. On February 24, Russia launched the full-scale invasion of Ukraine, and on February 25, Russian troops marched into Hola Prystan. A total of sixteen girls between the ages of 12 and 16 found themselves under occupation.

“I was shocked. Tetiana called me and said she would let us know when to pick her up. We topped off our gas tank, waiting for the call,” recalled the girl’s mother from that terrible day.

But they never made the trip. They met only 77 days later. According to her mother, the days passed as if in a fear-stricken black hole. “We and other parents applied everywhere: to both official and unofficial institutions to get the children out, but the answer was the same: there was no humanitarian corridor, they could only be saved if they left on their own,” said Liudmyla.

According to the woman, not a single volunteer or transport company took responsibility for taking the girls to their destination.

“Yes, it’s a big risk because we’ve seen what the Russians can do… not the army because what they do, the army doesn’t do that… the horde,” the athlete’s mother said.

The parents of the girls went through various options for rescuing their children, looking for volunteers, and calling all the numbers of the transport companies they found. When they found out that someone had left Kherson, Olesky, or Hola Prystan, they contacted them and asked: “How did they leave? How did the trip go?”.

“Several times we already got in the car, and at our own risk, we wanted to go after the children. But we were told that “well, you will get to Mykolaiv, and then you can just disappear, it’s suicide”, the woman recalled. She added that when your child is in danger, you don’t fear for yourself. “When you can’t help your child when your daughter whispers into the phone: “Mum pick me up, I can’t bear this anymore”, it’s very hard”, Liudmyla cried as she spoke.

The rowing team finally managed to escape the occupation zone on April 10.

“Our coach Kyrylo Tymko made an arrangement with volunteers, who, as we found out later, were transporting people and wounded fighters from Mariupol. Apart from them, no one wanted to take responsibility and risk of taking 15 girls [one of the girls lived near Oleshky, and her relatives were able to pick her up],” said Liudmyla. They had to pass 40 Russian checkpoints and 40 times, as the woman said, they bid life farewell. But all went well and within 13 hours the girls were in Kyiv.

Criminals Must be Punished

The lawyer Kostiantyn Kaposhylin claims that there is now a fear within the international community of creating and implementing an effective legal mechanism to convict war criminals in absentia:

“However, this is not a reason for all crimes, both in the form of actions and omissions, to be documented only. They must be registered in all possible international institutions. This will then allow pressure to be put on them to warrant the arrest of at least one Russian general”.

Searches, Death of Business, Interrogation by FSB, and Evacuation by Boat: Story of a Family From Temporarily Occupied Hola Prystan

Hola Prystan is a town in southern Ukraine, located 11 kilometers from Kherson and now under temporary occupation. Locals have repeatedly shown the enemy that their town is Ukraine. They demonstrated this by carrying Ukrainian symbols and placards with patriotic slogans through the streets and demanding that the Russian military release the kidnapped residents. Meanwhile, under the guise of "liberation", the invaders did their usual thing: looting and raiding. 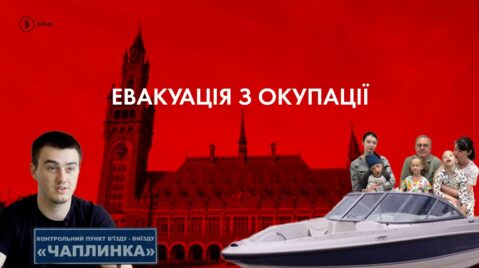 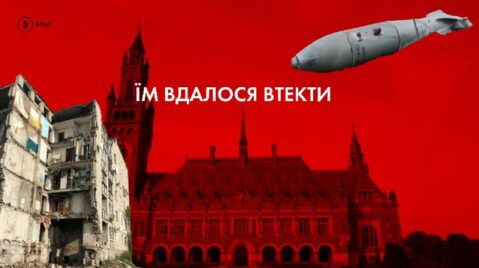 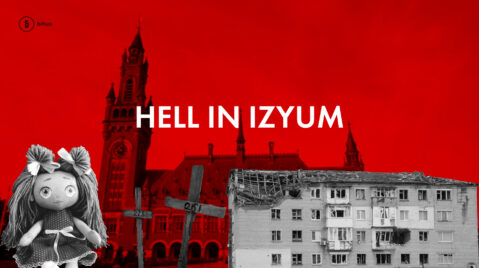 Shelling, Torture, and Suffering of Civilians: How Izium Lived Under Russian Occupation