Countries have stepped up efforts to track and recover funds stolen by former regimes but significant obstacles remain. By CynthiaO’Murchu

In a building in central Kiev, anti- corruption campaigners are piec- ing together tattered documents in their efforts to trace more

than $30bn that prosecutors believe former President Viktor Yanukovich and his network stole from the Ukrainian state.

“They were purchasing expensive furniture and luxury goods but they saved money on their shredders,” says Natalie Sedletska, a journalist who contributes to YanukovychLeaks, a website detailing dozens of transac- tions identified from sacks of papers hastily cut up and files dumped when the regime collapsed in February.

Her work mirrors pressure from community activists in a growing number of countries to recover assets from ousted political leaders. It has come at a time of improved co-opera- tion from nations to which many mis- appropriated funds have been chan- nelled.

Last week, the White House and African leaders announced a US- Africa Partnership to combat illicit finance, and senior diplomats called on the world’s richest nations to toughen their laws against money laundering and tax evasion.

In mid-June, 14 years after Liechten- stein received a formal request for help from the Nigerian government, the principality announced it would return €167m stolen by Sani Abacha, the former military ruler. The US gov- ernment has since taken control of more than $480m that he and his asso- ciates had placed in bank accounts in Jersey, France and the UK.

Such developments remain modest given the scale of the problem. Find- ing and returning assets held in secret corporate structures in multiple juris- dictions is a lengthy and arduous process that is fraught with legal com- plications.

The Stolen Asset Recovery Initia- tive (Star) in Washington estimates up to $40bn is lost each year to devel- oping countries through corruption and only $5bn was returned in the 15 years up to 2011. Most is never found.

Since 2008, for instance, the UK has not returned any assets of criminal origin to other countries, according to a recent answer to a parliamentary question. In 2012, Egypt began legal action against the British govern- ment, saying it had not co-operated in Cairo’s asset recovery efforts after the fall of the regime of Hosni Mubarak.

Pressure from activists for asset tracing has grown since the Arab Spring but has not quickly translated into recoveries. Co-operation can be hindered by a perception that those in government and the civil service have been complicit in corruption. Even where there is a willingness, the expertise of new regimes to make the case for recovery is limited.

“Very often there are technicalities which are the beginning of a failure, for example missing dates or signa- tures on mutual legal assistance requests,” says Rudolf Wyss, Switzer- land’s former head of mutual legal assistance. “Another problem is ‘fishing expeditions’. The only evi- dence in one request from an Asian country, for example, was a newspa- per article.”

Banks in nations where assets are hoarded have also proved reluctant toprobe too deeply. A study by Global Financial Integrity, the anti-corrup- tion group in Washington, estimates 56-76 per cent of illicit flows are depos- ited in banks in developed countries.

A 2011 report by the UK’s financial regulator found serious weaknesses in banks’ anti-money laundering sys- tems. It highlighted institutions that did not carry out adequate due dili- gence on customers, took on high-risk clients and failed to properly identify politically exposed persons with whom they did business.

when collecting identification infor- mation on clients – more in countries such as the US and Britain than in tax havens. US states including Dela- ware, known as the country’s “onshore tax haven”, lack robust dis- closure and information gathering requirements.

Despite the obstacles, asset tracers have made progress during the past decade. Politicians have vowed to crack down on so-called shell compa- nies used to hide criminals’ funds, and to strengthen laws against money laundering. International frameworks and bilateral agreements have paved the way for better collaboration between law enforcement agencies across the world.

Switzerland, long under pressure given its reputation as a haven for kleptocrats, has emerged as one of the most progressive jurisdictions. Offi-

cials say it has returned about SFr1.7bn of illicit money in over a decade. Legislation passed in 2011 and known as the Lex Duvalier law after the former Haitian president allows the authorities to freeze assets even if the country from which they were allegedly stolen is unable to ask for mutual legal assistance or cannot bring the alleged corrupt official to justice.

Swiss authorities froze the assets of Mr Mubarak, the former Egyptian president, and his entourage within hours of the fall of his regime. The EU took 37 days to act on the same request, says Transparency Interna- tional, the anti-corruption group.

More broadly, the Group of Eight club of leading industrial countries has since 2011 devoted a series of meetings to tracing assets of regimes overturned during the Arab Spring. In April this year, financial investigators from more than 30 countries met in London to help the Ukraine govern- ment find and recover stolen assets.

The meeting reflected the impor- tance of better explaining the complex process of asset recovery, and build- ing relationships between the multi- ple organisations involved. “Bringing practitioners together is going a long way in terms of building trust and addressing misunderstanding of legal requirements,” says Jean Pesme of Star in Washington.

International organisations such as Star are helping governments with their asset tracing work. The UK’s Crown Prosecution Service has begun deploying specialist advisers to six countries including the United Arab Emirates.

In the UK, measures planned in the Serious Crime bill are aimed at improving the government’s ability to recover assets and crack down on those who support criminals, such as lawyers and accountants.

Governments have promised addi- tional legislation to make it easier to trace and recover assets. One of most prominent initiatives is the creation of registers of beneficial ownership of companies. David Cameron, the Brit- ish prime minister, has promised to establish a public register and has pushed other governments, including those of offshore financial centres, to follow suit.

Some caution the effect will be lim- ited. “We must not be naive,” says Daniel Thelesklaf, director of Liech- tenstein’s Financial Investigation Unit. “A criminal would never declare to a registrar that he controls a com- pany, and the company registries will never be in a position to verify the information given to them.”

He points to loopholes in registries such as those planned in the UK which apply only to companies. “The beneficial ownership registry concept will only be credible if it included also legal arrangements such as trusts,” he says. “Limiting it to companies only is window dressing at best”.

Gaining access to information is only the start of a difficult process facing those seeking to recover assets. Bringing a criminal case can be com- plex and linking a specific asset with its corrupt origins is often difficult. Illicit money is also frequently mixed with legitimate ventures. “

Even a criminal conviction does not always pave the way for recovery of assets. James Ibori, former governor of Nigeria’s Delta state, was jailed in April 2012 for 13 years for fraud and money laundering after pleading guilty at a London court to 10 offences involving £50m. His lawyer has since argued that Ibori’s guilty plea was not an admission he profited personally.

But governments have turned to civil actions that require a lower bur- den of proof. For example, US prose- cutors used the tactic to try to recover assets belonging to Teodoro Obiang, the son of the ruler of Equatorial Guinea. So did the Libyan govern- ment, which recouped a £10m man- sion owned by a son of the late Muam- mer Gaddafi in London. “If resources are not an issue and a government is willing to invest, the civil process can be incredibly effective,” says Keith Oliver, an asset recovery specialist at Peters & Peters in London. “But it’s expensive. It’s a real test of will.”

As international laws close loop- holes, corrupt officials and their often highly paid advisers are devising new ways to cover their tracks. There is anecdotal evidence that those seeking to hide assets are seeking less regu- lated jurisdictions in the Middle East and the Seychelles, for example.

Money is easily stashed in art, antiques or jewellery, which are diffi- cult to trace and portable. “Criminals treat their ill-gotten gains like a share portfolio of assets,” says Antonio Sua- rez-Martinez, a partner at Edwards Wildman Palmer, the law firm. “They diversify.”

Sarah Gabriel, an asset recovery lawyer at Peters & Peters in London, has drawn up a list that includes trademarks, stuffed animals, Wimble- don season tickets and insurance poli- cies. Mr Wyss recalls seizing an ivory altar piece stolen from an Asian church and stored in a Swiss bank vault after use as collateral for a loan.

An entrepreneur may set up a com- pany or trust in a way that appears entirely legitimate to a financial insti- tution but which could be used for expensive purchases. There are also concerns that virtual currencies such as Bitcoin are tempting officials.

Despite the difficulties, civil society activists and professional asset trac- ers are guardedly optimistic. Heather Lowe from Global Financial Integrity says: “As you squeeze the balloon you get all the bad action into a smaller area and it’s easier to deal with.”

Daria Kaleniuk, executive director of the Anti-Corruption Action Centre in Ukraine, warns that there is no time for complacency and Ukrainian law enforcement may still be vulnera- ble to vested interests: “We need to maintain public pressure. There is still a risk that lack of will or capabil- ity may interfere with the process. 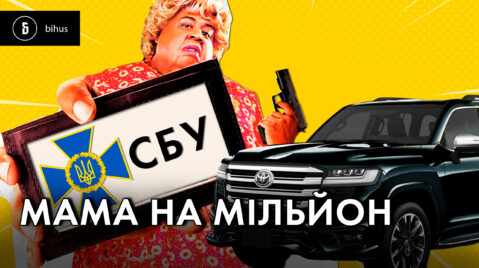 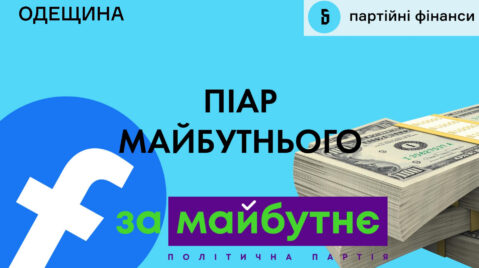