While his mother talks to reporters, Ruslan, 7, plays in the yard destroyed by a Russian missile. From time to time the boy, having found some surviving document or household item brings it to the woman. To the child, the events around him seem like a game, even though the location looks like anything but a playground. On July 23, the Russians launched a missile attack on the Kropyvnytskyi district of the Kirovohrad Region. According to Andriy Raikovych, head of the Kirovohrad Regional Military Administration, 13 hits of missiles (eight sea-based Kalibr missiles and five Kh-22 missiles fired from a TU-22M3 bomber plane) were recorded. The invaders hit the Kanatove military airfield, which had been shelled earlier, and a railway infrastructure facility. As a result of the strike, a military officer and two security guards were killed and 19 other people were wounded.

A private house was also damaged by the blast wave. We met Iryna Tkalichenko at the site of what was left of it. The woman shared the one-story building with another family, Serhiy and Lina Dub. Tkalichenko said that she has lived here with her husband for 12 years, but when her beloved passed away a year ago, her work required her to move to the city. She continued to come here often, and her two dogs lived here as well.

“They didn’t hear anything, they were very depressed,” Iryna said of her fluffy friends’ condition. “They jumped into the car on their own.”

The animals miraculously survived, but the house was less fortunate. The blast wave tore down the fence, blew out the windows, tore down the walls, and damaged the roof. There are a lot of fragments of the missile lying around, stuck in the trees. On one of them, you can discern a “message” from the invaders, the engraved word “Awesomeness”.

“The garage, the gazebo, the roof is gone, the walls are destroyed, the summer kitchen and the shower are all ruined,” Iryna assessed the level of “awesomeness” of the Russian military.

The woman and her son were supposed to come here the day before, but Iryna was delayed at work. She is convinced that it saved their health and maybe their lives, as the children’s room, which Iryna considered the safest in the house and where the family would have gone to hide in case of an air raid alarm, was very damaged, the blast wave threw the furniture all the way toward the bed. “When we woke up in the morning to powerful explosions in the city, we started calling everyone we were worried about. We also called our neighbors and asked if they were alive and well. Lina, my neighbor, said that luckily, they were alive, but the house was badly damaged. I immediately took my youngest child to my eldest daughter and went here. We started cleaning up a little bit,” recalled Iryna. The woman’s neighbors were at home at the time of the impact. Serhiy Dub told Suspilne TV Channel that he, his wife, and his 8-year-old child survived because they hid in the basement. After the impact, the shelter was buried under furniture, and part of the garage wall collapsed as well. As a result, the family must stay overnight at their friends’ place, as they have nowhere to live. The Kropivnitsky City Council reported that an operative assessment is still underway on site. The affected families will be able to receive financial assistance after the evaluation.

International humanitarian law prohibits attacks on civilians in armed conflict situations. Despite this, the Russians have demonstrated their complete disregard for these norms for the last five months, coming up with ever more justifications for their blatantly terrorist actions. In most cases, the invaders claim that they are only striking military targets, while repeatedly killing civilians and destroying civil infrastructure at the same time. A war crime, according to international law.

The Kirovohrad Regional Prosecutor’s Office has already registered criminal proceedings under Part 2 of Article 438 of the Criminal Code (“Violation of Laws and Customs of War”), and the investigation is being conducted by the Security Service of Ukraine.

The reaction of the Russian social media channels to the shelling of Kropivnitsky was quite typical: users wished to wipe the city off the face of the Earth and rejoiced at “how cool these Kalibr missiles are”. And while the Russians were exercising their hatred of Ukrainians on social media, the Kropyvnytskyi residents exercised solidarity. Relatives and friends of both of the affected families announced the collection of funds to support them (bank details here and here). Local bloggers also got involved in helping them. According to Pavlo Bobro, coordinator of one of the local blogs, in just a few days the citizens of Kropyvnytskyi collected a hundred thousand hryvnias to help the victims.

"I buried them in the evening and resurrected them in the morning. The worst part was not knowing. I was waiting for at least some news and didn't know if they were alive," Ivan said in regards to his wife and children. The man spent almost two months in Russian captivity in Berdyansk. During their “conversations” with Ivan, the invaders constantly threatened to get to his family too. 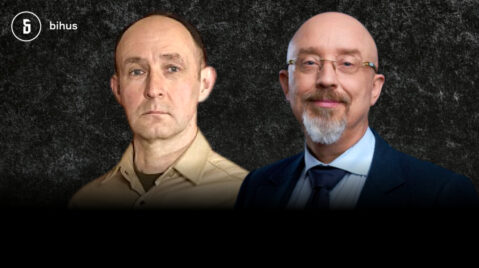