This “experimental” text version of the investigation about the corruption in the defense industry does not contain the correspondence. However, we left all the documents, figures, contract, companies, and transaction we knew about even without it. This decision was made deliberately. To show that the crime isn’t in the correspondence and the quotes from it. Of course, the text is less impressive, but the point is still there.

In which the son of the deputy head of NSDC and Poroshenko’s closest friend embezzles at least UAH 250 million of the UkrOboronProm State Defense Concern. How many times have the state factories paid exorbitant prices for Russian contraband? How big were the bribes and kickbacks that his group was distributing among the defense officials? Find out below. The year 2014. Russia starts the war in Donbas. Ukrainian military vehicles require urgent modernization and overhaul. They are repaired by the factories of the State Concern Ukroboronprom. The factories require spare parts to do that.

At the beginning of the war, Ukraine faced a dire shortage of Russian components. They are required to repair both old Soviet vehicles and newer ones, which were nevertheless created with Russian parts in mind. Defense officials emphasized that they are taking a course toward swift import substitution. Roman Romanov, who was the head of UkrOboronProm at the time, reiterated in every interview of his that “A priori, since 2014 all cooperation with the Russian Federation was stopped”.

This statement was supported by statistics. At the beginning of the war, Ukraine was producing only a half of the components and armament for its vehicles, 10% was being imported from Western countries, while 35% was being imported from Russia. Already at the end of 2014, the Ukroboronprom proudly announced that they were making 70% themselves and buying 30% from the West. No Russia in sight. While the CEO of the State Defense Concern was telling tales about the magical renaissance of the Ukrainian defense industry complex, the state-owned factories of that exact Concern were buying tons of Russian vehicle parts, which were smuggled from Russia.

But the contraband is not the real problem. Because there was a dire need in those parts. The main problem was certain intermediaries. They straddled the market and inflated the prices several times. And the State Concern was keen to overpay. Because it was getting bribes and kickbacks.

The Optymumspetsdetal (hereinafter – Optyma) company was that kind of an intermediary, it was under the control of the group of Ihor Hladkovskyi, Vitaliy Zhukov, and Andriy Rohoza.

When it was created, it was called just Optymum, it only existed on paper and it didn’t have any connection to the defense sector.

However, at some point in time the company “woke up”. It got a new name, address, and most importantly — a new owner and CEO, Volodymyr Volokhach. He was an ordinary 34-year-old Kyiv resident, who was living with his mother in an old Khrushchevka, and he didn’t look like your average tank industry tycoon at all.

Volokhach was a nominal owner, but he worked with the people who organized the Optyma scheme. In 2017, we found who the organizers were. This picture shows Volokhach standing timidly to the side, while his boss stands in the middle with a tank shaped cake. He is one of the real masterminds of the plot, Andriy Rohoza.

Rohoza was already a rather famous person in the defense industry at the time. He was making money on shady procurement contracts for the Kyiv Tank Factory. Another participant of the fraud is Vitaliy Zhukov. They have been officially connected with Rohoza since 2014 when they co-founded the TOV “Beltorhukrayina” company. Zhukov is an Ukroboronprom ex-employee. He started working there in 2012 when he was 23 years old. He became the Director General’s assistant from the start. In 2014, Zhukov quit working in the public sector and became a partner of Rohoza’s. Soon, they were joined by Hladkovskyi Junior. He is Zhukov’s friend. The pictures below show Zhukov and Hladkovskyi with their wives, chilling at year another foreign resort. In Spring 2015, the Optymumspetsdetal entered the procurement market of supply for the Ukroboronprom’s tank factories. The firm saw quick success, and transformed into one of the main suppliers, and received around UAH 100 million from state factories in several years. This was calculated by our team back after analyzing the company’s financial reports. Optyma was never a manufacturer of the parts. The documents said it was allegedly buying them from intermediaries, who were buying them from other intermediaries, and so forth, down a rabbit hole at the bottom of which were short-lived shell companies. The latter was used to cash out the defense plants’ money. They didn’t manufacture any parts, of course, but the main part is — they weren’t buying them elsewhere either. These companies were created with the sole purpose to sell smuggled parts to Optyma on paper. Then, the Optyma shipped them to the Concern. Sometimes, another company called Renal was used as an intermediary.

The money went back from the state factories, reached the shell firms, and then got withdrawn as cash, which was used to buy new smuggled parts. A classic scheme, which was used to supply the Ukroboronprom’s factories with Russian parts for years. We’ve established these connections last year after looking through the financial reports of these companies. The group used Hladkovskyi’s name to influence the CEOs of the factories by taking him to meet them. The visitors’ journal of the Zhytomyr Tank Factory has an entry dated to Summer 2016, when Zhukov and Rohoza visited the factory together with Ihor Hladkovskyi. The group had a priority for getting contracts with the factory. In theory, the factory had to send requests to suppliers, gather all the offers, evaluate them and choose the best one. However, the factory was sending requests to the group’s companies only to imitate competition. Here’s an example. This is a photo from the work computer of Yuriy Shyganov, who was a procurement officer of the Zhytomyr Tank Factory (that was in 2016, now he works for the Ukrainian Railway). He was analyzing the prices of 2 firms which were competitors formally, but in fact, both were Zhukov’s shell firms.

We checked – the transaction did take place. 2 weeks after the fake competition, the factory paid those exact UAH 800,000 (VAT included, not mentioned in the table) to Optyma, for that exact quantity of those exact parts.

Lack of competition allowed the group to put any prices they wanted. Here’s the group’s shipment log for the Zhytomyr Tank factory. Summary of 2016. The difference between the price of purchase and sale to the factory is mostly 2-2,5, sometimes 3 times, and in two places it reaches 4 times.

Money transactions from the Zhytomyr Factory to Optyma confirmed that the nomenclature, quantities, exact prices were indeed in the Zhytomyr Tank Factory’s contracts for that year. One of the key problems about the smuggled used parts was their quality, which the Boys didn’t care to check. They just brought everything to the factories. Sometimes it was basically scrap metal. Here’s a memo of the Kyiv Tank Factory incoming control, which said that not only did they supply unserviceable parts, the parts were from a wrong vehicle, which leads us to think that the Boys weren’t that well versed in what they were selling. The Concern’s loyalty can be seen in the group’s payments. In Fall 2016, several of the cash-out centers used by the group to launder money got the attention of the Tax Service. Optyma, the Boys’ central firm, was also deemed suspicious. The factories get torrents or letters from the State Fiscal Service, and the CEOs get invited for interrogations.

Nevertheless, the Concern let the payments through. Thus, a company that was being investigated by the Tax Service was paid UAH 7 million. Then the firm transferred the entire sum to a cash-out center.

At some point, the group achieved some standing with the President’s factory “Leninska Kuznia”. It’s probable that this was facilitated by Ihor Hladkovskyi (in 2018, Ihor was even on the factory’s supervisory board for a short time). Their relationship with the factory was so close, that Zhukov even called himself a representative of the “Kuznia” at meetings with Defense Concern officials.

In Spring 2017, we managed to record Zhukov’s meeting with Oleksiy Babich, the ex-CEO of Zhytomyr Tank Factory, who had paid Optyma around UAH 50 million a short while before that.

Babich responded to our question telling that they discussed shipments to another enterprise. During the negotiations, Zhukov acted as a representative of the President’s factory “Leninska Kuznia”. However, in fact, if you analyze the money transactions of those year, the Hladkovskyi-Zhukov-Rohoza group was using the President’s factory as an ordinary shell firm, the same way they were using Optyma and Renal. Overall, another UAH 70 million from the Kyiv Tank Factory were passed through the “Kuznia” (and then to Optyma or Renal). Thus, the Boys and their Daddy got UAH 250 million from Ukroboronprom. At least this much. That’s what we managed to calculate from the firms we know about

In Spring 2018, Zhukov got a 4-room flat in a fashionable new building in the center of Kyiv, in the “Andersen” business class apartment complex, where 1 sq. m. cost almost $1,500 at the time. Zhukov’s more than 200 sq. m. flat must have cost around UAH 8 million. On paper though, it was a gift. It’s interesting that a day before that, another flat two floors below that was bought by Zhukov’s mother. Another 200 square meters. Around UAH 7 million more.

Zhukov’s mother has been running a travel agency for many years. Judging by the financial reports on the YouControl website, the firm’s income is quite good, but even if you combine all the money that was officially made in the last 10 years and suppose that she hasn’t spent a cent from that, it will still be not enough to afford 2 such flats. 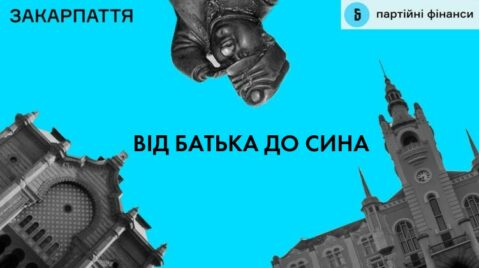 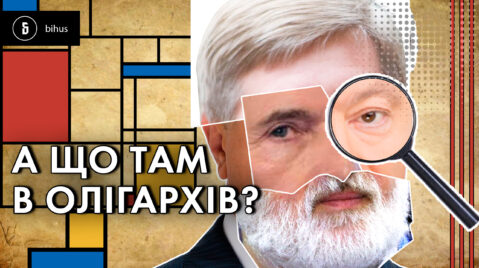